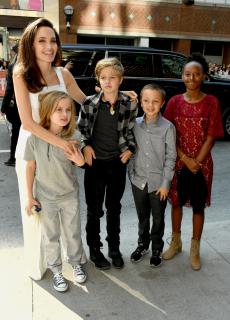 Angelina Jolie brought several of her children --  son Pax, 13, daughters Zahara, 12, and Shiloh, 11, and twins Knox and Vivienne, 9 --  to Toronto to enjoy the world premiere of the Canadian movie The Breadwinner, which she executive-produced.

Based on the bestselling novel by Deborah Ellis, the animated feature is a Canadian/Ireland co-production about a little girl called Parvana (voiced by Canadian actress Saara Chaudry) who lives in Kabul, Afghanistan.

When Parvana's father is unjustly arrested, the women in the family have no way to get food, as they're not allowed to leave their home without a man.

In addition, the local merchants (all men) can't sell goods to a female by orders of the Taliban, so Parvana, her mother, sister and baby brother are left to starve. As their food supply dwindles, a desperate Parvana comes up with a solution to the problem -- she dresses as a boy in order to be able to make money and buy food.

Angelina, who told the press, "We’re very happy to be here," took the time to graciously pose for selfies and chat with her fans.

Nora Twomey, who directed this powerful and memorable movie, was on the red carpet on Saturday, Sept. 9 at the Winter Garden Theatre with Saara and Angelina. ~Alexandra Heilbron / Photos © George Pimentel/WireImage 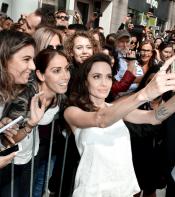 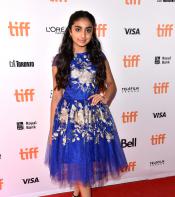 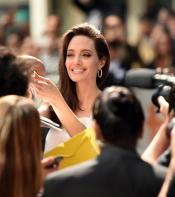 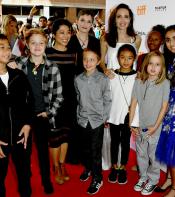 Angelina Jolie and her children 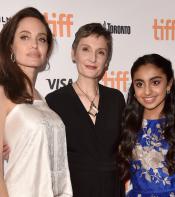 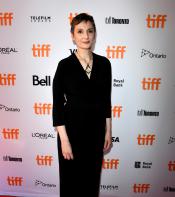 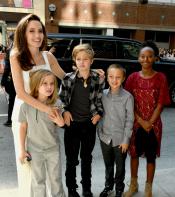