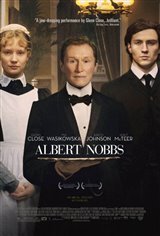 In 19th century Ireland, Albert, who has been a faithful employee at Morrison's Hotel for many years, has a secret. In order to make a living, Albert (Glenn Close) has posed as a man.

When Albert has to share her bedroom with a painter named Hubert Page, he soon discovers her secret and inspires Albert to escape the false life she has created for herself. Having saved her earnings for years, Albert begins to dream of buying a shop of her own. She believes she's found a companion in Helen, a young maid, but Helen has her eye on Joe, the handsome new handyman. Albert is distressed when she realizes Joe has made promises to Helen that put the young girl in danger of making mistakes that could threaten her future.