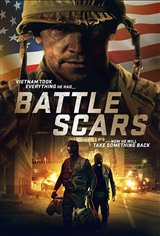 In 1969, as Michael (Kit Lang) graduates high school, he learns his best friend Vinny (Arturo Castro) has been drafted into the army to fight in the Vietnam War. Wanting to keep his friend safe, Michael agrees to enlist with Vinny. The two experience the horrors of the war, including watching some of their friends die right in front of their eyes.

Once his time in the army is over, Michael must deal with a not-so-warm homecoming, along with the nightmares that come with his experiences overseas. Struggling to come to terms with his experiences in the war, he is barely getting by. When he gets evicted, he turns to a life of crime to help him survive.