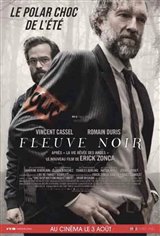 While his superiors analyze the hypothesis of the boy having been radicalized by terrorists, Visconti suspects a neighbor, the strange Yann Bellaile (Romain Duris). This high school literature professor, who tutored Dany, is a little too interested in the case.