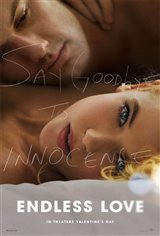 David (Alex Pettyfer) has had a crush on classmate Jade Butterfield (Gabriella Wilde) for four years. Jade, a bookworm who doesn’t have much experience with boys, stayed out of high school social activities following her brother's death. At graduation, David realizes he's going to have to make a move soon, before Jade goes off to college.

It isn't until Jade and her wealthy parents show up at the club where David works as a valet that he finally gets the courage to talk to her. Realizing that her classmates consider her an ice queen, and regretting that she never got to know them, she holds a graduation party and invites David. They hit it off right away, but her father is less than impressed with the young man, whom he feels is putting on an act. As the feelings between Jade and David heat up, Mr. Butterfield discovers David's violent past.