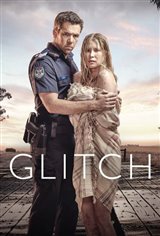 In the small Australian town of Yoorana, Victoria, six deceased locals, who died during various time periods, crawl out of their graves in the local cemetary. Local police officer James Hayes (Patrick Brammall) is called to the scene and discovers that one of them is his late wife Kate (Emma Booth), who died of breast cancer two years earlier.

Although covered in dirt and naked, these people aren't zombies – other than confusion and loss of memory, they seem much like the people they were before they died. Along with doctor Elishia McKellar (Genevieve O'Reilly), Hayes tries to keep the case quiet and under wraps. They soon discover none of the undead can leave Yoorana.

Among the people who have risen are Yoorana's first mayor, Paddy Fitzgerald (Ned Dennehy); teenage sexpot Kirstie Darrow (Hannah Monson) who died during the 1980s and young WWI hero Charlie Thompson (Sean Keenan). They're all consumed with remembering who they were, and how they died. Hayes and McKellar try to solve the mystery behind how and why they have returned.