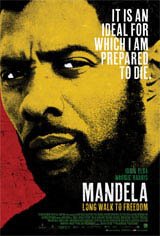 6 votes and 4 Reviews | Write a Review

Based on Nelson Mandela's 1994 autobiography of the same name, this is the story of an ordinary man who rose to the challenge of his times and triumphed—an intimate portrait of the making of a modern icon.

The epic motion picture will span Mandela's extraordinary life journey from his childhood in a rural village to his 27 years in prison for his activism against anti-apartheid; his emotionally-charged marriage to Winnie Mandela and through to his inauguration as the first democratically elected President of South Africa, as he works to rebuild the once-segregated country.