Misha and the Wolves (Netflix) 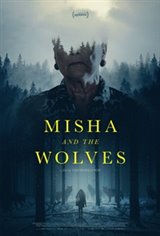 Belgian-born Misha Defonseca was living in Massachusetts when her friends and neighbors began urging her to tell the story of her childhood. She claimed that her Jewish parents had been taken away by the Nazis and she had been sent to live with a Catholic family, who changed her name to Monica de Wael. At seven, she ran away to find her parents, who were taken to Germany. While traveling through the forest, she befriended wolves, who protected her.

When small time publisher (Jane Daniel) heard Misha's story, she convinced her to write a book about it. The book sold a few thousand copies in the U.S., but after Misha refused to make an appearance on Oprah's television show to publicize the book, she became angry with Daniel, claiming her publisher wasn't paying her royalties. When she sued Daniel, the small time publisher had no other choice but to do some digging into Misha's history — and a darker story came to light.