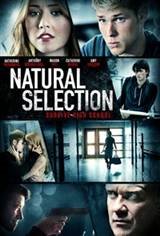 Tyler Evans (Mason Dye) has just transferred to a new school, but finds the other students less than welcoming. Easy prey in the endless hallways of fellow student predators, each day at school becomes a fight for survival.

When Indrid (Ryan Munzert) steps in between Tyler and some football playing bullies, they become friends. Indrid, handsome and cool, seems to have it all figured out, so Tyler begins to lean towards his new pal's ideology and adopts it as his own. However, when Tyler begins to realize Indrid is not who he thought he was at first, he has to wonder what's right and what's wrong. As Indrid begins to talk about natural selection and survival of the fittest, Tyler worries that his friend has planned an attack on their fellow students.