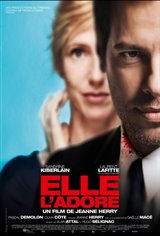 Vincent Lacroix has it all. Money, fame, love. A successful singer, he has many fans who adore him, including Muriel, a beautician who has not missed any of his concerts for over 20 years. But one night, Vincent's life takes a turn. During an argument with his wife, Julie Dorieux, a trophy accidentally falls on her head, killing her. In a state of panic and shock, Vincent doesn’t know what to do. He calls Muriel for help.

After hiding the corpse in the trunk of Muriel’s car, he asks her to drive it to Switzerland to his sister’s house, to whom she will deliver a letter of explanation. But when she arrives at the border, Muriel gets scared and decides instead to go to Dordogne to her mother’s house, without notifying Vincent. Back in Paris, as Vincent is finally reporting Julie’s disappearance to the police, the noose is quickly tightening around the idol and his fan.