Scotty and the Secret History of Hollywood 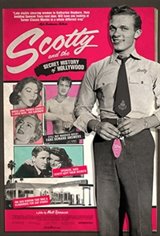 Scotty and the Secret History of Hollywood is the deliciously scandalous story of Scotty Bowers, a handsome ex-Marine who landed in Hollywood after the Second World War and became confidante, aide de camp and lover to many of Hollywood's greatest male--and female stars.

In the 1940s and '50s, he ran a gas station in the shadow of the studio lots where he would connect his band of friends from the military with those who had to hide their true sexual identities from the public. An unsung Hollywood legend, Bowers would cater to the sexual appetites of celebrities straight, gay and omnivorous for decades.