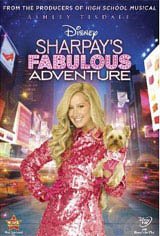 Sharpay Evans (Ashley Tisdale) travels to New York with her dog, Boy, to pursue a career on the Broadway stage. When she arrives, she finds the luxury apartment she's arranged to rent doesn't allow dogs, and she has to take a much less glamorous apartment. Not only that, but Boy lands an acting gig before she does.