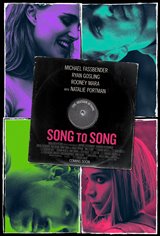 The lives of two couples — struggling songwriters Faye (Rooney Mara) and BV (Ryan Gosling), and music mogul Cook (Michael Fassbender) and a waitress (Natalie Portman) with whom he becomes involved — are all intertwined, as they strive for success on the music scene in Austin, Texas.

Cook wants to work with BV on producing a record, but it seems to BV that Cook wants more than just success, as he sees Cook getting closer to Faye. And so, the couples become a tangled, intersected love-triangle and must deal with each of their struggles for success amidst elements of betrayal.