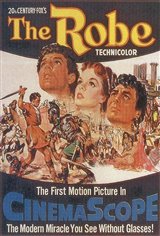 In the aftermath of the crucifixion, Marcellus starts to feel remorse and experiences haunting visions, which causes him to leave Rome and travel to Palestine. There, he converts to Christianity, and when news of his conversion reaches the Empire, he is forced to face the consequences of his treason to the Roman Empire.