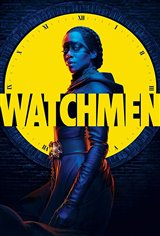 Set more than 30 years after the acclaimed graphic novel of the same name, Watchmen takes place in an alternative reality based in Tulsa, Oklahoma. Masked vigilantes have been outlawed because of their violence.

Police officers are now protecting their identities after a coordinated white supremacist attack and the Watchmen program has been reactivated. The group behind the attack, The Seventh Kavalry, has been forced into the shadows. But now, detective Angela Abar (Regina King) must investigate the murder of her police chief, which is possibly tied to a resurgence of the Seventh Kavalry.