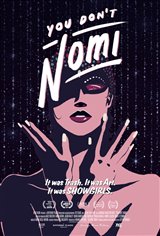 Paul Verhoeven's Showgirls (1995) was a major flop at the box office, largely considered the worst film of the decade. But now, more than 20 years later, it has become a cult classic, some even calling it a masterpiece.

Through archival footage and present-day commentary, You Don’t Nomi examines the film's complicated relationship with audiences and its ultimate rival in the cinema scene.