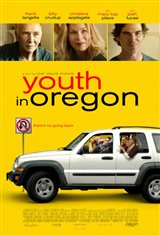 At his 80th birthday party, Raymond Engersol (Frank Langella) announces that he wants to go to Oregon to be legally euthanized. However, his daughter Kate (Christina Applegate) refuses to accept his decision. She enlists her husband Brian (Billy Crudup) to drive Raymond and his wife Estelle (Mary Kay Place) to Oregon, with the idea that he'll be able to change Raymond's mind before the time comes.

Brian discovers that there's much more to Raymond's unhappiness than anyone knew and finds convincing his father-in-law to keep living when he’s ready to check out is no simple task.