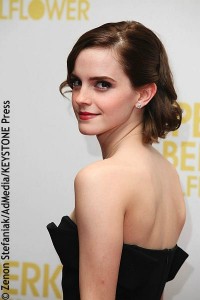 Emma Watson is going back to Brown University to continue her four year program in January 2013. Watson attended the Ivy League college from 2009 to 2011, but decided to discontinue to do her film work. She later transferred to Oxford University in England, but again had to put off her education to complete the film The Perks of Being a Wallflower. “As you know, I love Brown and I love studying pretty much more than anything, but recently I’ve had so much to juggle that being a student AND fulfilling my other commitments has become a little impossible,” she wrote on her website. She also added that her prime goal is to finish her studies. Watson, 22, dismissed rumors in April 2011 that she’d left college due to being bullied. She also managed to squeeze in the films The Bling Ring, also starring Kirsten Dunst and Leslie Mann, and Noah, with Russell Crowe and Jennifer Connelly, during her absence from school.  ~Luxy Hariharan