Jean-Claude Van Damme had an affair with Kylie Minogue. The actor is currently promoting his new movie The Expendables 2 but enjoyed a fling with the singer who co-starred with him in Street Fighter. He told The Guardian: "I tell you what, you should ask her. She'll have a better memory. I'm 51 years old, do you know how much I was punched in the face on 'The Expendables'? No, no. No.  And let's just say it happened, so what? Who wants to know? ... Sometimes you let go of stuff ... I don't know, maybe. Yes. OK. Yes, yes, yes. It happened. I was in Thailand, we had an affair." He then explained that their intimate moments were "beautiful" and insisted it was difficult not to romance the star. He continued: "Sweet kiss, beautiful lovemaking. It would be abnormal not to have had an affair, she's so beautiful and she was there in front of me every day with a beautiful smile, simpatico, so charming, she wasn't acting like a big star. I knew Thailand very well, so I showed her my Thailand. She's a great lady." It is unclear whether the actor was cheating on a partner at the time. While the movie was released in 1994, it's unclear when exactly it was shot. Jean-Claude was married to his third wife until 1992 - who he re-married in 1999 - and he tied the knot to his fourth wife in February 1994. 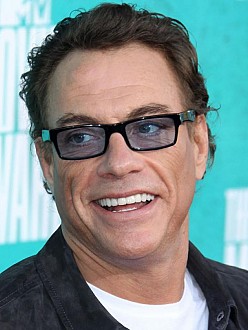 Jean-Claude Van Damme: ‘I can save the world’

Jean-Claude Van Damme claims he can save the world. The 54-year-old actor claims the human race faces extinction in the next 50 or 60 years but says he can stop it by lobbying the world’s leaders, who he knows personally, to save the animals. Speaking…