Micheal Ward on why his film Blue Story is so tantalizing 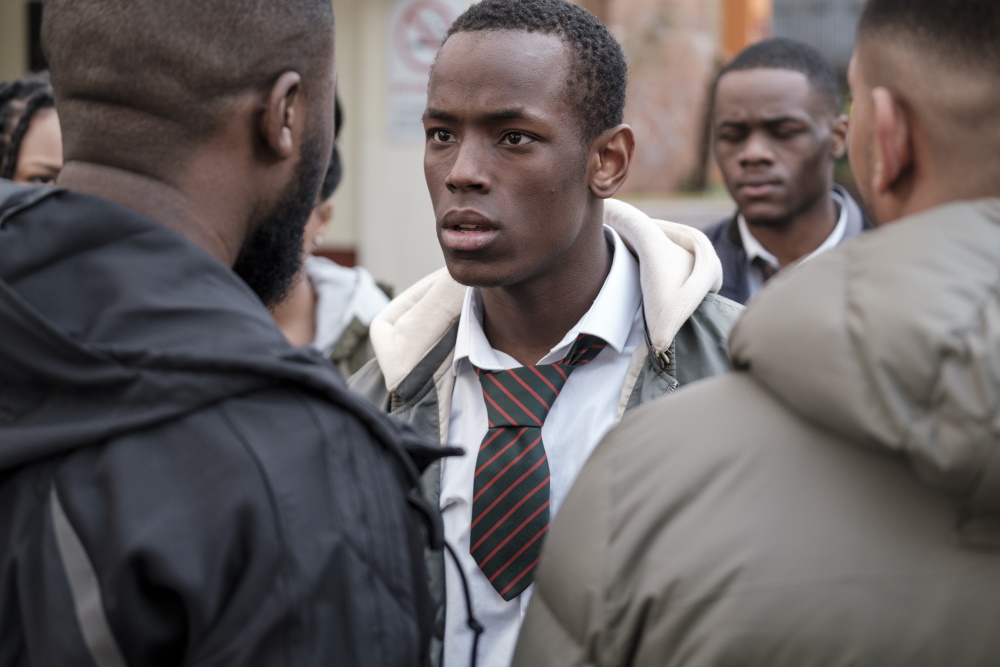 Micheal Ward speaks about the importance of Blue Story

Directed by Rapman, Blue Story tells the story of best friends Timmy (Stephen Odubola) and Marco (Micheal Ward), who go to the same high school in Peckham, but live in neighboring London boroughs. However, the friends are soon torn apart due to gang rivalries.

I spoke with Micheal Ward by phone about his first feature film, how he played a character whose background is very different from his own and what influenced his work. Blue Story premiered on digital platforms this past Tuesday (May 5). ~Marriska Fernandes

You were working on Top Boy [Netflix series] when the opportunity for Blue Story came along and you told your agent you just had to be part of this film. Why was it so important?
Because I feel like these stories, especially the topics and themes in Blue Story, are so important for black British culture, especially right now. And Rapman is flying, doing some amazing work and I was a fan of his work. At first I was hesitant because I was already doing Top Boy, but when I saw the open casting and loads of people were sending it to me through Instagram, I thought this is kind of fate talking. So I sent it to my agent and from there I said let’s see what happens. I was just so happy to have met Rapman. To see how passionate he is and how he goes about his projects and once you see how passionate he is, it made you want to be involved. It’s a special feeling.

The end was such a shock. What was your reaction when you read the script?
The same I think. That’s what Raps done. I think everyone had the same reaction. Instantly gobsmacked. That’s why the arc of the whole script and the arc of my character was just so tantalizing, that I really had to be involved.

This is your first feature film and you portray a character caught up in the world of violence and turf wars. What was your research process like?
Honestly, for me, I just used people that I have known that go through what Marco goes through in some way. But in the early stages of my character arc and development, it was a lot about a young kid in school, just innocent you know? I’m definitely that young innocent kid in school just trying to have fun and stuff. In terms of that, I already had it down. In terms of the arc and what he goes through, that emotion, I could definitely dig deeper. In terms of research for Marco, a lot of it was instinctive but at the same time I had my life experience and seeing how other people are going through certain situations and how I would react in certain situations.

This film depicts south London violence — have you witnessed or heard stories similar to what happens in the movie and if so, did you reach out to people to learn more?
Not entirely, no. To be honest, I thought if I did that I’d be focusing more on the other side of Marco. I always wanted the innocence of Marco to seep through. Even in the last stage of the script, I felt like I still portrayed some sense of innocence in what he was doing. A lot of the decisions he made were not his fault, but he made them. If I spoke to the people involved in the streets, that might have changed my perception of how I wanted Marco to be so I developed my own character arc of how Marco would be, just to make him a bit different, man, to put my own spin on things. It was a big learning curve as well.

What did you learn that you didn’t know before making this film?
I learned quite a few things. In life, I learned why people get into some situations. It’s not just black or white, but a lot of times people are influenced by others, so I learned why people get involved in that life and how easy it is to get involved in a life like that. Also, I learned a lot about myself and what I can do and what I need to work on. Yeah, man, it was a good part of the journey. We filmed like in 23 days I believe and there was a lot of pressure, but at the same time we delivered something great. I learned that you can deliver something in that amount of time. A lot of people believe that to make a feature film you need a long time to do it, but when done properly you can do it in a time frame and we showed that we can do that. It was a big learning curve.

This was such a heavy film. Did you find any particular scene too emotional to shoot?
I’d say emotionally, I was challenged in the scene where I go see my brother in the hospital. I found that a bit difficult, I’m not going to lie. But I feel like we got there in the end.

Your career and journey so far has been unconventional — what were your influences as you worked your way into acting? Any films or actors who influenced you?
I know this is crazy, but my biggest inspiration to do what I do is Kevin Hart. I know he’s not an out-and-out actor. But in what he stands for and his morals and his motivations and how transparent he is, and how he got into the position that he is in today is just so motivating. He just makes me believe that I can do anything that I want to do. He’s definitely one of my big inspirations. In terms of acting and the people that I respect as an actor, the list goes on and on. Denzel Washington and Leonardo DiCaprio are two of my favorites.

Are these the kinds of stories you want to keep telling?
I want to tell loads of different stories. These are the opportunities that came in a very early stage of my career and I just took them and done what I could and hoping more and more different opportunities [come my way]. I have already got three projects coming out this year and they’re all very different. I already know I can do loads of different stuff, I just want the world to see it. When the opportunity presents itself, I’ll be taking it.

Thank you so much for the chat and wishing you all the best for the future!
Thank you, appreciate you so much.