Although she's one of the hottest new stars in Hollywood, not everyone was thrilled with the idea of Jennifer Lawrence starring in the crime-drama American Hustle. Christian Bale, who plays Jennifer’s husband in the movie, ...

Bradley Cooper, star of The Hangover Part III, revealed on The Graham Norton Show that Jennifer Lawrence didn't like the way he kissed - which is probably surprising news for fans of the actor. According to Cooper, during th...

Jennifer Lawrence and Bradley Cooper in third film together

Jennifer Lawrence and Bradley Cooper will appear in yet another film together - their third collaboration in just over a year. It opens wide on Christmas Day. The movie, about an FBI sting operation, still has no official tit...

Bradley Cooper and Zoe Saldana have split up again.The ‘Silver Linings Playbook’ actor and the ‘Avatar’ actress – who reconciled their relationship in September after a six-month split – decided to break up before the Christmas holidays, even though t…

Bradley Cooper has been crowned People magazine's "Sexiest Man Alive" for 2011. The 36-year-old Hangover star told the magazine: "I think it's really cool that a guy who doesn't look like a model can have this [title]. I thin...

Charlie Sheen, 44, was arrested yesterday (Christmas Day) in Aspen, Colorado and charged with domestic violence. A 911 call was made at 8:34 a.m. on Friday. When police arrived on the scene, Sheen's wife, Brooke Mueller, cla... 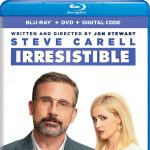 Jake Gyllenhaal, Naomi Watts and Chris Cooper star in Demolition, directed by Jean-Marc Vallée (Oscar-nominated for Dallas Buyer’s Club), a darkly wry drama about a man who rebuilds his entire life piece by piece. The film earned the coveted spot of the opening night gala at the 2015 Toronto International Film Festival. We’ve got all […]

It was announced today that Jean-Marc Vallée’s Demolition, starring Jake Gyllenhaal, Naomi Watts and Chris Cooper, will open the 2015 Toronto International Film Festival with a world premiere on September 10 at Roy Thomson Hall. “Over the years the Festival has been proud to present Jean-Marc Vallée’s feature films including Black List, C.R.A.Z.Y., Café de Flore, […]