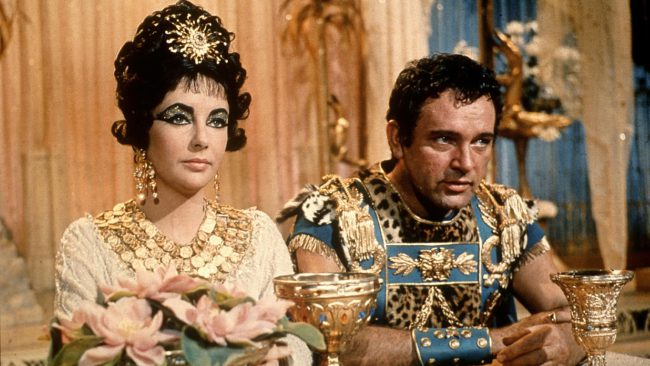 Icons Elizabeth Taylor and Richard Burton have arguably the most turbulent and intriguing love story Hollywood has ever known. Famously, the pair met while filming 1963's four-time Oscar-winning epic Cleopatra. Although both were married at the time, they fell in love and embarked on a passionate affair. They divorced their respective spouses and married each other in 1964, but severed ties a decade later when Richard took up with a younger co-star. However, there was a magnetic force at work that drew them back together. They reunited and in October 1975, once again wed. Dramatically (or shamefully, if you prefer), their combative personalities drove them to divorce — again — in July 1976, and that's how they remained. Shaking your head yet?