ALL THEATRES ARE CLOSED UNTIL FURTHER NOTICE, DUE TO COVID-19.
Photo Galleries > From Co-stars to Sweethearts > Humphrey Bogart and Lauren Bacall 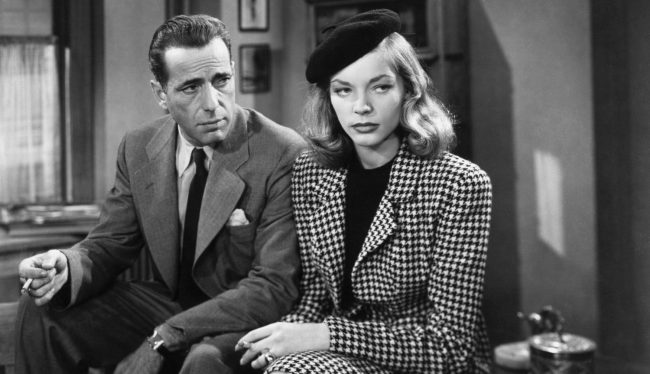 Two stars commonly associated with Hollywood's Golden Age are Humphrey Bogart and Lauren Bacall. The actors met on the set of the 1944 romance adventure flick To Have and Have Not, where they fell rapturously in love, and later teamed up for three additional films: The Big Sleep, Dark Passage and Key Largo. When Lauren first encountered "Bogie" while filming THAHN, he was married to tough lady Maya Methot (his third wife at the time). But he was enamored with the much-younger Lauren and eventually the two wed on an Ohio ranch. They had a son and daughter, and were together until Humphrey died of cancer in 1957. In By Myself, Lauren's telling 1978 memoir, she wrote about her relationship with the Oscar winner: "No one has ever written a romance better than we lived it."