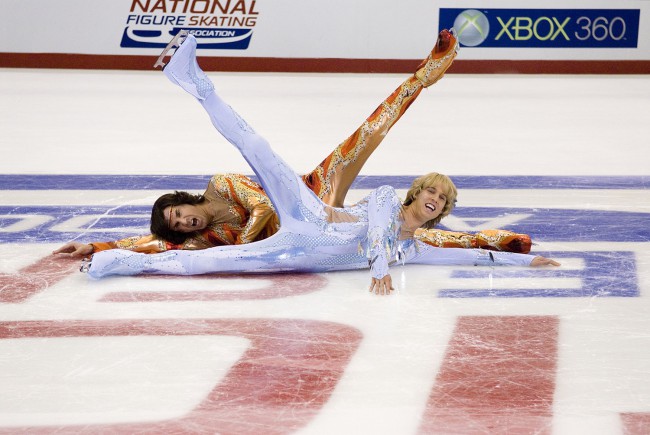 In the comedy Blades of Glory, two rival Olympic ice skaters (Will Ferrell and Jon Heder) break into a fight while on the Olympic podium and are subsequently banned from men's singles competition. However, to glide their way back into the Olympic rink years later, they join forces and attempt to qualify as the sport's first male-male pair.