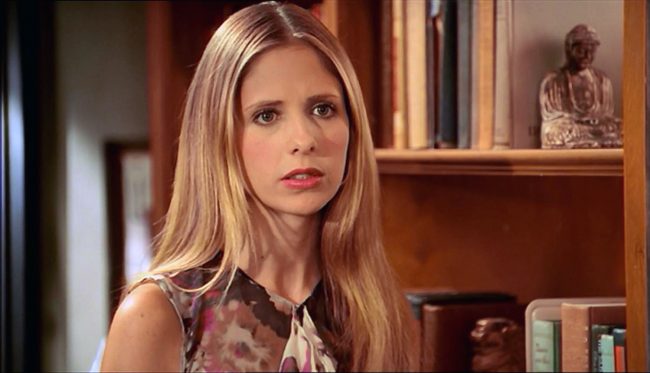 In the TV series Buffy the Vampire Slayer, Buffy Summers (Sarah Michelle Gellar) is one of the longest living vampire slayers, and has returned from death twice, an act that disrupts the magic surrounding the original slayer line. She was a guardian of Hellmouth for years before the town’s demise. Buffy is known as a reluctant hero who just wants to live a normal life. However, she learns to embrace her destiny as the vampire slayer.