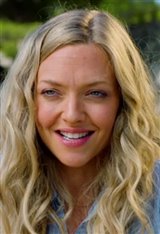 AMANDA SEYFRIED Date of Birth: December 3, 1985 Amanda Seyfried grew up in Allentown, Pennsylvania and began modeling at 11. She attended William Allen High School and while in her teenage years started acting on daytime television. The wide-eyed actress starred as Lucinda Marie in As the World Turns in 2000 and as Joni Stafford in All My Children from 2002 to 2003. Following high school graduation, Amanda was to attend Fordham University in New York; however, she put her education on hold when... See All