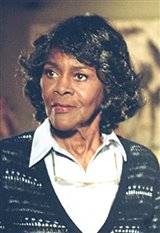 Cicely Tyson grew up in New York's Harlem area after her parents moved to America from the island of Nevis in the Caribbean. Raised in poverty, Cicelyused to earn extra money for her family by selling shopping bags on the street.

Her first big break came when she starred in the film Sounder and was nominated for an Oscar for her efforts.