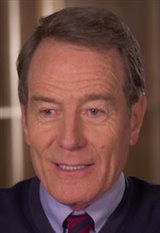 BRYAN CRANSTON Date of Birth: March 7, 1956 Younger audiences may recognize Bryan Cranston from the family sitcom Malcolm in the Middle, where he played the role of the dysfunctional father, Hal. Others may know him from his role of Walter White on the AMC series Breaking Bad, a role that's earned him three consecutive Emmy Awards for Outstanding Lead Actor in a Drama Series. Despite being the son of actor Joe Cranston, acting wasn't always the plan of action for Bryan, who studied police... See All