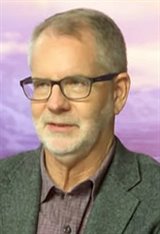 A native of Wichita, Kansas, Chris Buck made his feature directing debut with Disney's blockbuster animated feature, Tarzan (1999). Having studied character animation at California Institute of the Arts (CalArts), one of Chris's first major jobs was as an animator on the Disney movie The Fox and the Hound (1981). Work on films such as Oliver & Company (1988) and The Little Mermaid (1989) followed, and he received an Annie nomination for Best Individual Achievement for Animation for creating... See All