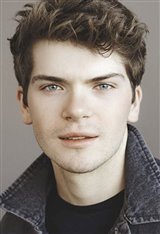 Colton Ryan was born and raised in Lexington, Kentucky, where he attended the School for the Creative and Performing Arts, majoring in vocal performance. While attending Baldwin Wallace University in 2015, Colton began his acting career by playing Dickon in the Idaho Shakespeare Festival production of The Secret Garden. In 2016, Colton made his Broadway debut as the understudy for the roles of Evan Hansen, Connor Murphy and Jared Kleinman as part of the original cast of the hit musical Dear Evan... See All