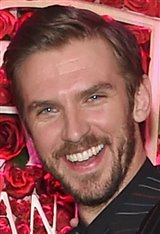 DAN STEVENS Date of Birth: October 10, 1982 Born in Croydon, South London, Dan Stevens was adopted at birth by two teachers. He decided at a young age that he wanted to be an actor and convinced his parents he would make it work. During his undergrad at Emmanuel College in Cambridge, Dan was involved in several student-produced dramas. He was cast in the title role of Marlowe’s Dramatic Society production of William Shakespeare’s Macbeth in 2002 and was nominated in 2004 for an Ian Charleson... See All