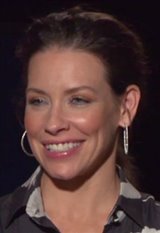 EVANGELINE LILLY Date of Birth: August 3, 1979 Born in Fort Saskatchewan, Alberta, Evangeline Lilly was discovered by a Ford talent agent on the streets of Kelowna, British Columbia. Six months later, she moved to Vancouver to attend the University of British Columbia and study international relations. After appearing in a few commercials, she chose to give up acting and focus on studying. A couple of years lter, a friend urged her to give acting another try and soon thereafter she landed... See All