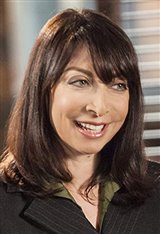 The granddaughter of actor Melvyn Douglas and Congresswoman Helen Gahagan, Illeana Douglas was born in Massachusetts. From a young age, Illeana knew she wanted to act and began her initial studies at the prestigious Neighborhood Playhouse in New York. As a teen, she performed in numerous plays and did stand-up comedy. The saucer-eyed actress made her film debut in the comedy Hello Again (1987). While working as a publicist's assistant in NYC, she secured the role of a blood-curdling screamer in... See All