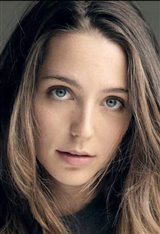 Jessica Rothe is an American actress best known for her work as Theresa Gelbman in Happy Death Day (2017) and its sequel Happy Death Day 2U (2019) and as Alexis in La La Land (2016). Born in Denver, Colorado, Jessica began taking ballet lessons when she was eight, which led her to enrolling in a theater group in Kansas shortly after, where she began to develop skills and passion for acting. Jessica attended Boston University, graduating in 2009 with a bachelor’s degree in Fine Arts. Although her... See All