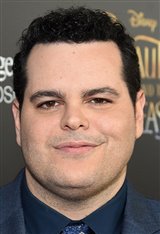 JOSH GAD Date of Birth: February 23, 1981 Josh Gad is a Tony Award-nominated and Grammy Award-winning actor, comedian and singer best known for his role in the Broadway musical The Book of Mormon and voicing Olaf the snowman in the children's movie phenomenon Frozen. Josh was born in Hollywood, Florida. He is the youngest of three sons born to a Jewish household — his father is a Jewish immigrant from Afghanistan and his mother is of Ashkenazi Jewish descent. His parents divorced when he was a... See All