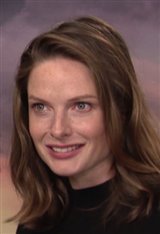 REBECCA FERGUSON Date of Birth: October 19, 1983 Rebecca Louisa Ferguson Sundström grew up in the Vasastaden district in Stockholm, Sweden, with three siblings. Her father is Swedish, but her mother, Rosemary, was born in Britain but moved to Sweden at the age of 25. Rosemary is also related to Sarah Ferguson, Britain's Duchess of York. Rebecca was raised to speak both English and Swedish and attended Adolf Fredrik’s Music School in Stockholm, graduating in 1999. From the age of 13, Rebecca has... See All