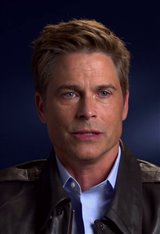 ROB LOWE Date of Birth: March 17, 1964 Born in Charlottesville, Virginia, and raised in Dayton, Ohio, Rob Lowe began his acting career at the age of eight in local television and theater. After his family relocated to Los Angeles, he began his national acting career at the age of 15, starring in the television series A New Kind of Family. With his good looks, Lowe quickly achieved heartthrob status. When the series ended, he easily made the leap to feature film stardom with a debut in Francis... See All