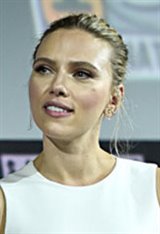 SCARLETT JOHANSSON (Photo Gallery) Date of Birth: November 22, 1984 This native to the Big Apple with a twin brother and two older siblings has been studying acting with the best tutors in New York since she was a child. She attended the Lee Strasberg Theatre Institute, a school devoted to furthering "The Method" of Stanislavski, the Russian drama coach who had the greatest influence on performance in twentieth-century theater and film. At the age of eight, Johansson appeared in Sophistry, an... See All