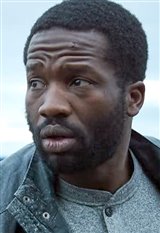 Sope Dirisu was born in London, England. He pursued a passion for acting while he was young, joining the National Youth Theatre in 2006. Sope went on to study Economics at the University of Birmingham. He played with the University of Birmingham Lions American Football team as a quarterback during his study. In 2012 he appeared as Pericles in the Royal Shakespeare Company production of Shakespeare's Pericles, Prince of Tyre. Sope returned to study at the National Youth Theatre before playing... See All