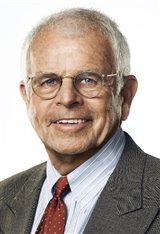 William Devane Date of Birth: September 5, 1939 He was born in Albany, New York, and got his first acting experience in local theatre. He was awarded a scholarship to study acting at the American Academy of Dramatic Arts in New York City and made his official stage debut as a spear carrier in a production of Shakespeare's Merchant of Venice. He later went on to give a critically acclaimed performance in One Flew Over The Cuckoo's Nest on Broadway. Many recognize him as Greg Sumner from the... See All