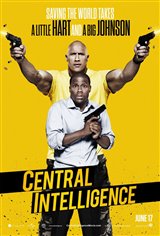 Before he realizes what he's gotten himself into, it's too late for Calvin to back out. Now the domestic number-cruncher is being dragged through an unpredictable world of deadly shoot-outs and espionage that could get both of them killed.