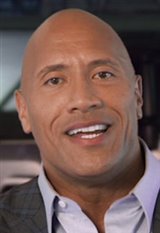 DWAYNE JOHNSON Birth Name: Dwayne Douglas Johnson Date of Birth: May 2, 1972 Hailing from the sunshine state, Miami, Florida, Dwayne Johnson became best known for his character "The Rock" in the WWF. Son of former wrestler Rocky Johnson, and grandson of professional wrestler Peter Fanene, (both in the WWF) Dwayne was soon to follow in his father's and grandfather's footsteps, when his career as a football player ended in injury. Joining NCAA, his wrestling genes came in handy and in 1990 became... See All