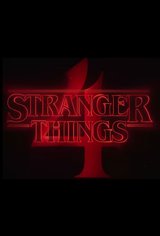 Season One: When 12-year-old Will Byers (Noah Schnapp) goes missing, as his mother (Winona Ryder) and brother Jonathan (Charlie Heaton) are out of their minds worrying about what happened to him, Will's friends Mike (Finn Wolfhard), Dustin (Gaten Matarazzo) and Lucas (Caleb McLaughlin) go on a hunt to find him. They encounter a terrifying force and one strange girl (Millie Bobby Brown) in the midst of it all.

The girl, who goes by the name "Eleven," helps the boys in their search to find Will. With only a limited vocabulary, she seems to know more than she lets on, and they soon discover she also has psychokinetic abilities (and an affinity for waffles). They also discover a government lab involved in secret experiments.

Season Two: It’s 1984 and the citizens of Hawkins, Indiana are still reeling from the horrors of the Demogorgon and the secrets of Hawkins Lab. Will has been rescued from the Upside Down but a bigger, sinister entity still threatens those who survived.

Season Three: Season three is set in the summer of 1985. The kids are hanging out at the mall, by the pool and enjoying each other's company. However, danger lurks around the corner. This season will explore more interdimensional stories set in the fictional town of Hawkins, Indiana.