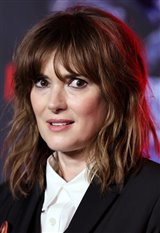 WINONA RYDER Date of Birth: October 29, 1971 "For a long time," says this Winona, Minnesota native, "I was almost ashamed of being an actress. I felt like it was a shallow occupation." Ryder's parents were a colorful couple who hung out with likes of the late acid guru Timothy (he's her godfather) and novelist Aldous Huxley. Part of her childhood was spent in a hippie commune in the San Francisco Bay area. At the age of 11 Ryder began studying acting at San Francisco's American Conservatory... See All