Woody Allen is the director of 48 films and writer of 70—and with this said—Allen’s odd brand of neurotic conversational humor has become a staple in American cinema. But this is precisely why Allen’s time travel roma... 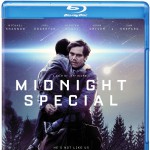 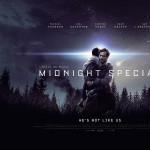 The Dark Knight Rises Paris premiere has been cancelled after the tragic shooting in Colorado early Friday morning. During the midnight screening of the film at an Aurora theater, a gunman set off a tear gas bomb and opened ...

Paris Hilton walked out of jail just after midnight this morning through a crowd of paparazzi and to an SUV, where her parents were waiting. She hugged her mom through the car window before getting in. Hilton, who was smiling...

Michael Sheen split from Rachel McAdams because they had "different visions for the future".The ‘Midnight in Paris’ co-stars were reported to have ended their two-year romance earlier this week, and insiders say it is because the pair want d…

Woody Allen will receive the Cecil B. De Mille Award at next year's Golden Globes. The honorary award is given by The Hollywood Foreign Press Association for outstanding contributions to the world of entertainment and will be...

Alison Pill has called off her engagement to Jay Baruchel. Baruchel, 30, known for his roles in The Sorcerer's Apprentice and Good Neighbours, hinted the split via Twitter a few weeks back: "Alone again, naturally. Heartbroke...

Canadian-born actress Rachel McAdams, 34, and British actor Michael Sheen, 44, have ended their relationship after two and a half years of being together. They publicly announced their romance in October 2010 after starring...