Sam Worthington and Lara Bingle have named their son Rocket. The star and his model wife – who welcomed their first child into the world last week – have reportedly named the newborn Rocket Zot Worthington, sources have confirmed to the New Y…

Sam Worthington has argued paparazzi should expect to ”risk” getting hurt doing their jobs.The ‘Avatar’ actor was cleared of assault earlier this year following an altercation with Sheng Li in February but the photographer has brought a $10 million …

Sam Worthington and Lara Bingle are expecting a baby. After months of speculation, the ‘Avatar’ star and his model girlfriend are set to welcome their first child, US Weekly can confirm.Rumours that the pair were expecting first surfaced when Lara, 27…

Avatar star Sam Worthington has been slapped with a restraining order. He appeared in Manhattan Criminal court yesterday in regards to an incident that took place last Sunday in Greenwich Village, when photographer Sheng Li r...

Sam Worthington has been arrested for punching a photographer.The ‘Avatar’ actor is said to have rushed to his girlfriend Lara Bingle’s defence when she was allegedly kicked in the shin by a paparazzo as the couple were leaving Cubbyhole bar in Greenw…

Born in Surrey, England, Sam Worthington moved with his family to Australia when he just six months old. Although he’s been acting professionally since 2000, it wasn’t until 2009 that Sam broke into Hollywood in a major w...

Sam Worthington has been charged with disorderly conduct.The ‘Avator’ star was arrested on Saturday (03.11.12) for allegedly fighting and had to be subdued with pepper spray.A police source told gossip website TMZ.com that the actor got into a violent…

Gods versus men, giant scorpions, huge battles and Australian hunk Sam Worthington in a leather skirt!! That's exactly what you get and much more in Clash of the Titans, the remake of the classic 1981 film. Worthington tackle... 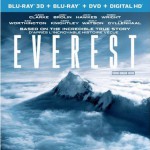 Everest DVD review – how high can you go

DVD review of the movie Everest, starring Josh Brolin, Sam Worthington, Keira Knightley, Emily Watson, Robin Wright, Jake Gyllenhaal and Jason Clarke, with a background look at the history of Everest and the dangers that can happen on the climb. 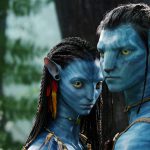 The worldwide 2009 box office hit Avatar is now available on Disney+. It follows the story of Jake Sully (Sam Worthington), a former Marine confined to a wheelchair who is recruited to travel light years to a human outpost on...