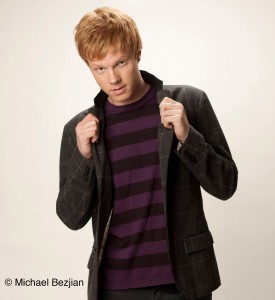 Fans of Disney Channel best know Adam Hicks as goofy skateboarder Luther Waffles on the sitcom Zeke and Luther. With his new movie Lemonade Mouth (out on DVD May 17), the Las Vegas-born actor wanted to reveal a different side of himself to his fans, which showcases his many talents, including singing, rapping, dancing and playing keyboard. The Las Vegas native also co-wrote three of the songs for the film’s soundtrack and  contributed his own rap verses to “Determinate,” “Breakthrough,” and “Livin’ on a High Wire.”

Hicks, 18, who is also known for roles in The Shaggy Dog and How to Eat Fried Worms, spoke to Tribute about his passion for music and his experience working on Disney’s latest high school musical.

Hicks: My dad grew up in Essex in a small town and he grew up with The Rolling Stones, The Beatles and David Bowie so he had a big influence on me. When we drove to auditions from Las Vegas to L.A.—because I started acting when I was seven—he would just play all this old school music for me. He had this big Denali and it had super-loud speakers. So that was a big influence for me. And then I started to write music when I was in fourth grade. I was introduced to rap because Las Vegas has a big hip hop culture and growing up I just loved the words and how words connect with each other, and I just started writing constantly. I remember for fourth grade for my talent show, I wrote a rap for the whole school. And in fifth grade I was just working and constantly writing. Being able to combine my two ultimate passions of writing and acting into Lemonade Mouth was kind of amazing. 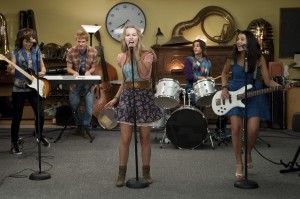 Where did this passion to become an actor come from?

Hicks: I always had a curiosity for human nature and how people react. When I was in fourth grade I was involved in a program, pretty much a theater type of thing. We did a Tom Sawyer play and there was a whole bunch of local agencies and managers and they got in contact with me and I started doing local stuff in Las Vegas. And then I finally got an offer for an interview in California with an agency and started just working and climbing a ladder. The first thing I did was Titus [he played 5-year-old Dave], which was this television show that was on Fox for three seasons.

How did you become involved with Lemonade Mouth?

Hicks: Disney contacted me to ask me if I could write music for the movie, which was amazing. I went to the auditions, and in the first audition, I read the script. In the script, it gives you three scenes, and I was trying out for Wen. I was looking it over it said “Wen starts singing” and  “You can pick any song you’d like to sing for the audition.” And so instead of singing a song, I wrote a rap. I wrote this really detailed rap about my character, Lemonade Mouth and the whole band, and in the middle of my audition I just broke out into this rap and it worked really well. When I came back the next day for a callback the script had been re-written and Wen became a rapper.

So you spawned a character change. Congratulations. 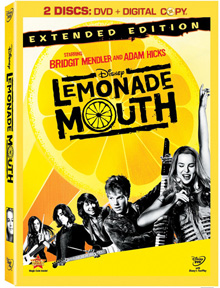 What makes playing Wen so much fun?

Hicks: I mean, coming from a character on  Zeke and Luther where I play this really outrageous character who has so many elements to him with no boundaries to transition into Wen, who’s more chilled, relaxed, very musically-inclined, I could relate more to him in so many ways. I love music and bringing my own kind of flavor to a chilled and relaxed character was a good transition for me personally as an actor and to show my fans.

What was the biggest challenge for you during the making of the film?

Hicks: The biggest challenge was probably taking away everything I had learned from [playing] Luther. This whole project was such a big deal for me, and I put so much into it. Before we started filming, Christopher Scott, the choreographer, really formed us and made us feel like a band. Lemonade Mouth is a band on-screen and off-screen. Everyone in Lemonade Mouth can play their music and can sing and rap. We’d be on camera playing music and then we get home to the hotel, and we would keep rocking out and doing music. So the hardest thing for me was to let it drop, and get that different kind of energy into a character.

What is your best piece of advice for young musicians and actors trying to make it into television, film and music?

Hicks: My best advice is that it really has to be a passion of yours. If it’s a part of you, no one can stop you. You have to definitely have to love it to that extent. Stay true to the art, that’s the whole creative part. 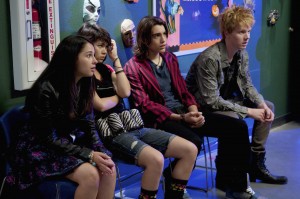 What are some of your future plans?

Hicks: We’re getting so many responses for Lemonade Mouth, just to read the Twitter mentions and see how the fans are reacting. I feel like Lemonade Mouth is trying to start a revolution just like in the movie, and we’re trying to go on tour. A lot of people talk about Lemonade Mouth 2, and we don’t know but we’re keeping our fingers crossed. Me personally, I’m just making music. I’m doing a song for Disney. It’s called “Burning Up,” and it’s going to be the summertime anthem, which is awesome. So I just recorded that, and then I have a song dropping on the Disney Channel sitcom Shake It Up.