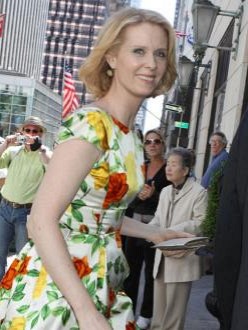 Cynthia Nixon has gotten married.
The former 'Sex and the City' actress and her long-term partner Christine Marinoni - with whom she raises 15-month-old son Max, as well as kids Samantha, 16, and 10-year-old Charles from her marriage to Danny Mozes - tied the knot in New York yesterday (27.05.12).
Her publicist confirmed to People: "On May 27, 2012, Cynthia Nixon and her girlfriend, Christine Marinoni, were legally married in the state of New York. Nixon wore a custom dress by Carolina Herrera."
No further details about the ceremony are currently available.
Cynthia and Christine got engaged three years ago at a rally to support gay marriage in New York, which was not legal at that time.
The pair decided to wait to marry until it was legal to do so in New York state, which occurred last summer.
Speaking in 2010, Cynthia said: "I'm enjoying being engaged very much.
"I don't mind a long engagement, which this one is surely turning out to be."
Cynthia - who was married to Danny from 1988 to 2003 - and Christine have been in a relationship since 2004. 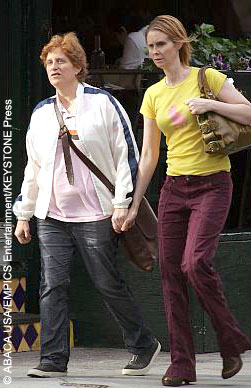 Cynthia Nixon admits she is gay by choice 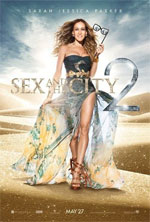 Sex and the City 2: Soul Sisters

New Sex and the City 2 photos!