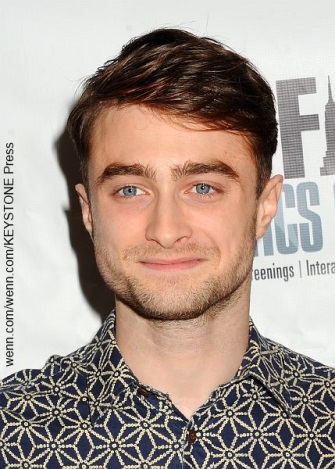 Last night, the city of Toronto welcomed the cast of upcoming romantic comedy The F Word with a red carpet premiere at the Scotiabank Theatre. The film’s lead actors Daniel Radcliffe and Zoe Kazan joined director Michael Dowse, Megan Park, Meghan Heffern and writer Elan Mastai at the premiere. Fans gathered to get a glimpse of the stars, and the Harry Potter actor was more than happy to sign autographs and take selfies. He looked dapper in a navy blue suit while his co-star, Zoe, donned a black skirt with a floral top coat. The F Word, also known as What If in the U.S., was filmed in Toronto, featuring some of the city’s iconic landmarks and neighborhoods.

The film revolves around Wallace, a med school dropout, who recently got out of a bad relationship. At a friend’s party, he meets and befriends Chantry, an animator who is in a long-term relationship with boyfriend Ben. Setting the ground rules to be just friends, they embark on a journey of friendship, but their chemistry is simply undeniable. Can your best friend be the love of your life? Hence, contrary to what you may think, the “F” in the title is the “friend” term that makes relationships just a teensy bit complicated.