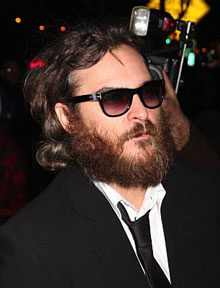 After Joaquin Phoenix made a bizarre appearance on The Late Show With David Letterman, speculation arose that the actor may be suffering from a mental illness. A Chicago-based psychiatrist, who has not treated the star, described Phoenix’s appearnce on the show as “socially inappropriate.” Speaking to the Los Angeles Times, Paul Dobransky suggested: “There is something wrong. And it’s beyond drug abuse. I was pretty offended by that [Ben Stiller] skit at the Oscars. It struck me as potentially beating down on the mentally ill.” However, Phoenix’s publicist, Susan Patricola, denies that the star is mentally ill, telling E! News: “How absolutely inappropriate for a doctor who has no personal interaction or relationship with someone to diagnose them. And to do so in a public forum.”